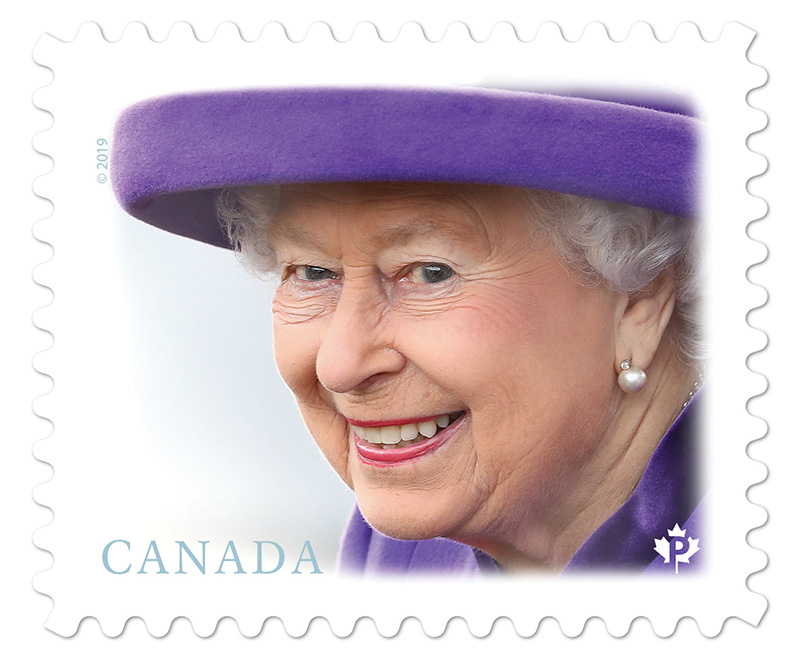 OTTAWA –Canada Post issued a new stamp paying tribute to Her Majesty Queen Elizabeth II, bearing a 2017 photo of the Queen taken in Portsmouth, England, by Chris Jackson. Queen Elizabeth II has appeared on Canadian stamps since the coronation issue was released in May 1953 – and was also featured on several stamps while still a Princess during the reigns of both King George V and King George VI.

Designed by Steven Slipp, the back of the booklet bears a photo of Her Majesty wearing the Canadian Maple-leaf brooch during her 2010 Royal Tour of Canada, a piece of jewelry worn during royal tours to Canada by several generations of women in the Royal Family.

The booklet of 10 stamps and the Official First Day Cover (OFDC) are available at canadapost.ca and at postal outlets across Canada. The OFDC was cancelled in Ottawa, Ontario.

Click here for high resolution images of the stamp and OFDC.