Stamp marks 100th anniversary of the discovery of insulin 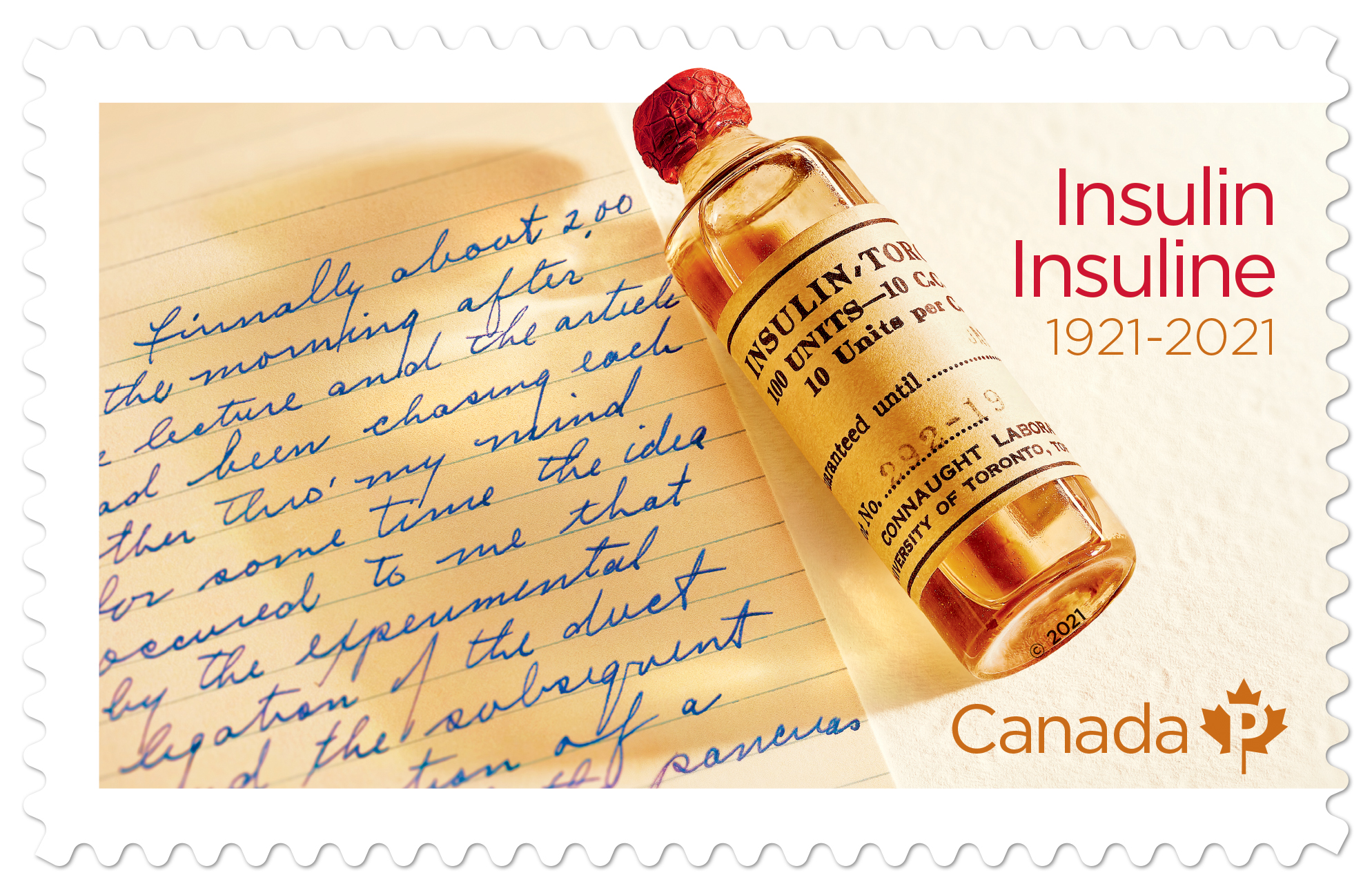 TORONTO, Ontario – Canada Post released a stamp today that marks the 100th anniversary of the discovery of insulin in a Department of Physiology laboratory at the University of Toronto, one of the world’s most important medical breakthroughs.

Under Macleod’s oversight, Banting and Best used a pancreatic extract to successfully reduce blood sugar levels in a dog. With the help of biochemist James Collip, they refined the extract now known as insulin before testing it on humans in 1922 then putting it into mass production.

By the end of 1923, insulin had become widely available and Banting and Macleod had jointly been awarded the Nobel Prize in Physiology or Medicine for their work; they chose to share the prize money with Best and Collip. Since then, Canadians have contributed to a long list of medical advancements – in stem cell research, open-heart surgery, genetics and disease.

Before the discovery of insulin, being diagnosed with what is now known as type 1 diabetes was considered a death sentence. The only way to treat the disease was through an extremely restricted diet that only briefly extended a person’s life. A century later, millions of people with the disease continue to be treated with life-saving insulin.

The legacy of that dream team’s early medical research endures at the University of Toronto, where researchers continue to study progressive treatments in type 1 and type 2 diabetes.

Yesterday, in collaboration with the University of Toronto's Banting & Best Diabetes Centre, its Department of Medicine in the Temerty Faculty of Medicine and Diabetes Action Canada, this milestone was acknowledged and the new stamp design unveiled at 100 Years of Insulin: Celebrating Its Impact on Our Lives. The virtual event featured stories of people living with diabetes and specialists in the field. The stamp unveiling was done from the Banting House National Historic Site of Canada in the room where Banting first had the idea that led to the discovery of insulin.

Designed by Subplot Design Inc. of Vancouver, the stamp features the image of an early insulin vial resting on an excerpt of Banting’s unpublished memoir. It reflects the very moment he conceived the idea that set in motion events leading to the discovery of insulin. Photos were taken by Seth Stevenson, a Toronto-based photographer.

The Permanent™ stamp is now available in booklets of 10 and can be purchased at canadapost.ca/shop and postal outlets across Canada. There is also an Official First Day Cover cancelled in Toronto.