One of five editorial cartoonists being honoured with a stamp, “Aislin” is commemorated for 50 years of thought-provoking work 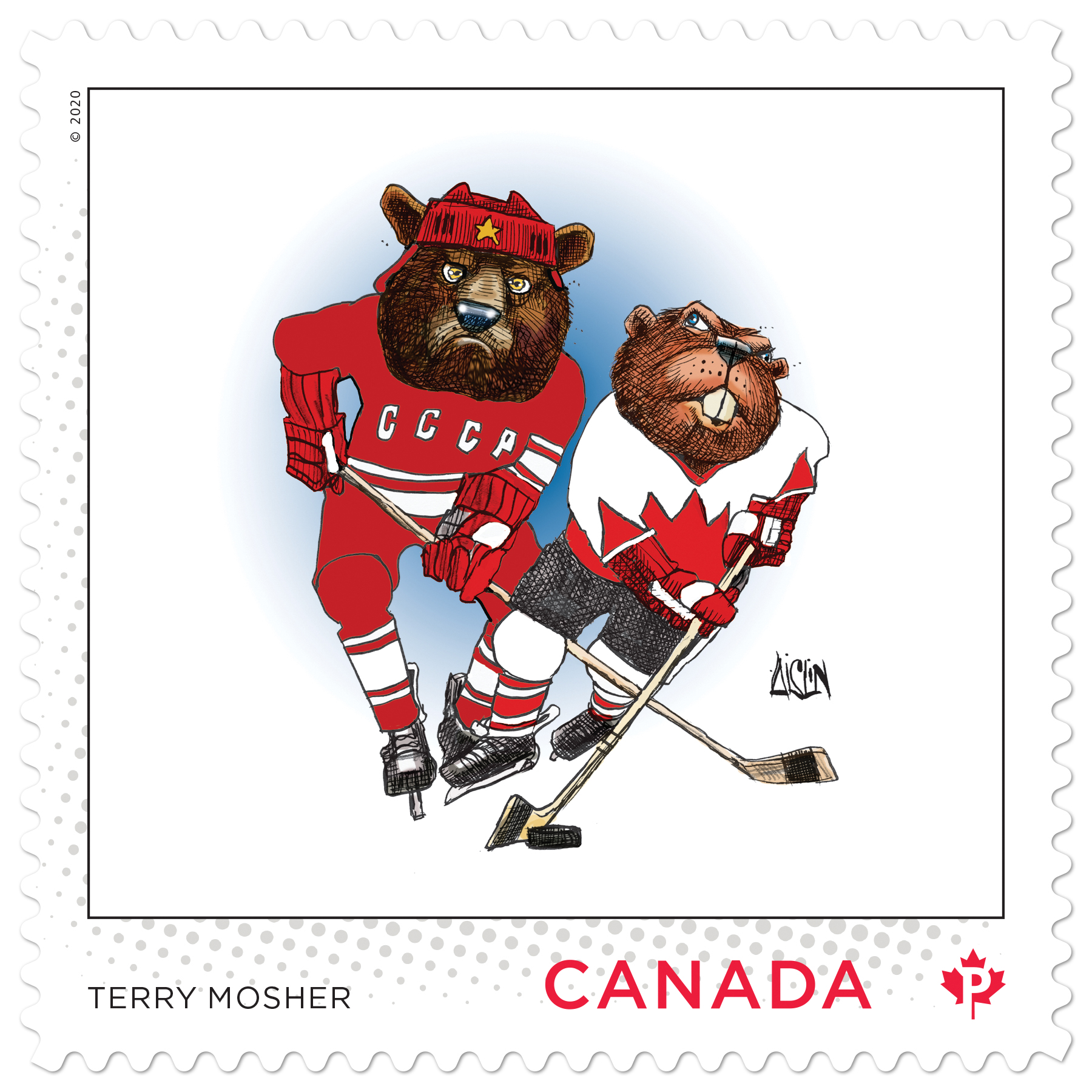 Mosher began his career drawing portraits and caricatures of tourists in the 1960s and was one of the founders of Artists’ Alley, an open-air gallery on Rue du Trésor in Québec – still a popular attraction.

He freelanced editorial cartoons to the Montreal Star before being hired there full-time in 1967. Five years later, he moved to the Montreal Gazette, where he is still drawing two cartoons a week. His 52nd book – Aislin’s Favourite COVID Cartoons from Around the World – was just released in September.

Believing that “no person or no thing is ever perfect,” Mosher upholds cartoonists’ satirical role, despite the controversies and criticism cartoons can provoke. “We all have faults and weaknesses,” he once said. “Can we admit as much by laughing at our frailties?”

Mosher has drawn more than 14,000 cartoons; some have appeared in Time, The Atlantic Monthly, the New York Times International Edition, Punch and National Lampoon. He also earned two National Newspaper Awards, a gold National Magazine Award and was the youngest person to be inducted into the Canadian News Hall of Fame at age 43. He was also inducted into the Canadian Cartoonists Hall of Fame, is President Emeritus of the Association of Canadian Cartoonists and was appointed an Officer of the Order of Canada (2002).

Other stamps in the set pay tribute to Serge Chapleau (La Presse, unveiled October 4), Brian Gable (The Globe and Mail, October 5), Duncan Macpherson (Toronto Star, October 7) and Bruce MacKinnon (The Chronicle Herald, October 8). A live panel discussion with the cartoonists and Ian Macpherson, Duncan’s son, will be held online October 8 at 11 am, ET. Register for the webcast here.