Macpherson, the first editorial cartoonist invested into the Order of Canada, is one of five cartoonists being recognized for their contributions to Canadian journalism, humour and art 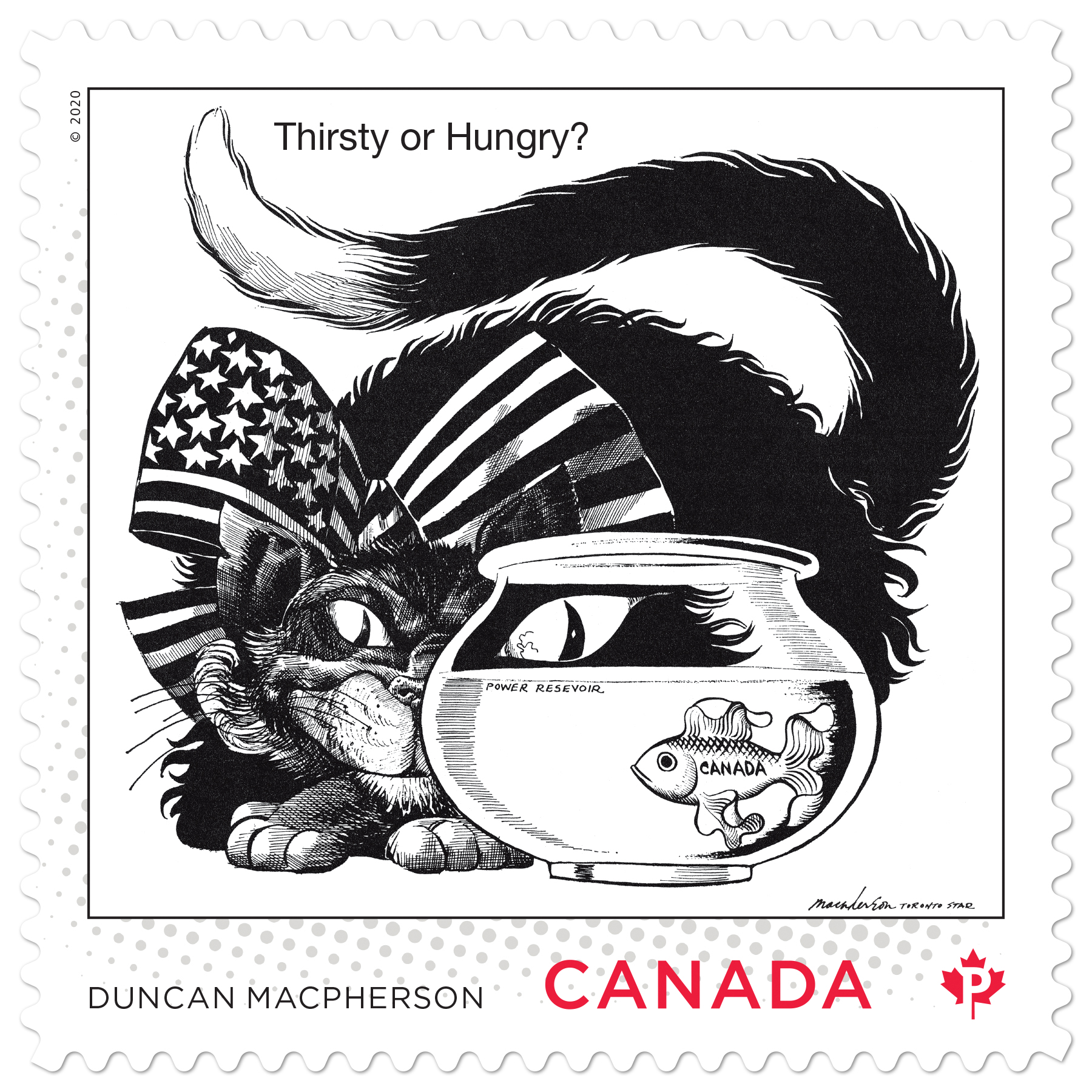 TORONTO – Canada Post today unveiled a stamp paying tribute to Duncan Macpherson (1924-93), who is widely considered one of the most influential cartoonists in Canada.

An editorial cartoonist for the Toronto Star for more than three decades, Duncan Macpherson drew witty cartoons that challenged what he called “wrongness” on behalf of everyday Canadians. Macpherson also helped reshape the profession for a generation of cartoonists by being the first to hire an agent to negotiate his salary and by pushing for editorial independence. Sometimes, his cartoons opposed the editorial stance of his own newspaper.

“Having dad honoured in this way revives his memory and his name. I’m so proud of his achievements,” says his son, Ian Macpherson. “For me personally, this rediscovery of my dad’s work and its influence has been a terrific experience.”

The first editorial cartoonist to be invested into the Order of Canada, Macpherson received six National Newspaper Awards, the Royal Canadian Academy of Arts medal and the Canada Council for the Arts Molson Prize. He died in 1993 at age 68.

Canada Post’s other stamps in this set pay tribute to Serge Chapleau (La Presse, unveiled October 4), Brian Gable (The Globe and Mail, October 5), Terry Mosher (Montreal Gazette, October 6) and Bruce MacKinnon (The Chronicle Herald, October 8). A live panel discussion with the cartoonists and Ian Macpherson will be held online on October 8 at 11 am, ET. Register for the webcast here.