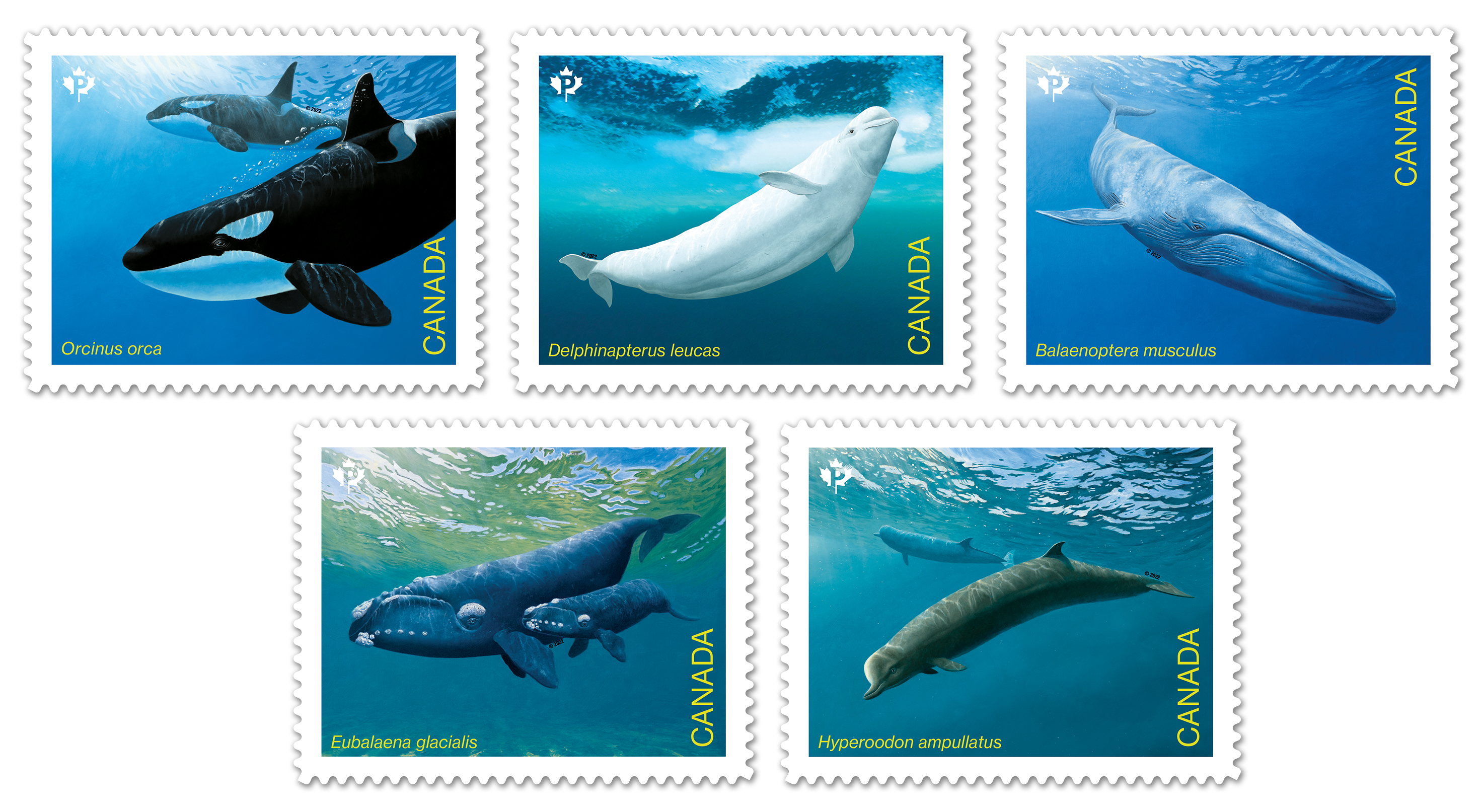 VANCOUVER – Canada Post is issuing a set of stamps this week to raise awareness about the plight of five whale species that have populations assessed as Endangered by the Committee on the Status of Endangered Wildlife in Canada (COSEWIC).

Canadian waters are home to a remarkable diversity of whales, with more than 30 species. Sadly, some whale populations are at risk. Whales continue to die from ship strikes or entanglement in fishing gear and debris. Pollution, climate change and ocean noise also threaten their populations.

Featured in this set of stamps are the five whales, listed with their Endangered populations in Canada:

“It's really important to have these whales recognized as Endangered. This recognition can lead to legal protection. It can also lead organizations and people to act voluntarily to stop activities that harm the whales,” says Dr. Hal Whitehead, a biologist and professor at Dalhousie University and co-chair of the COSEWIC Marine Mammals Specialist Subcommittee. “Thirdly, it raises awareness that we have a problem here, and we need to do something about it.”

Illustrations by artist David Miller capture the grace and beauty of these five magnificent mammals swimming in their underwater environments. The stamp issue is cancelled in Halifax, Nova Scotia, home to many whale rescue, stewardship and research efforts. Printed by Lowe-Martin, the stamp issue includes a booklet of 10 Permanent™ domestic rate stamps, an Official First Day Cover, a souvenir sheet of five stamps, an uncut press sheet of 25 stamps and a framed uncut press sheet.

The stamps and collectibles will be available for purchase at post offices starting on May 20 and are available now for pre-order at canadapost.ca. For images and more information on these and other products, see the following: