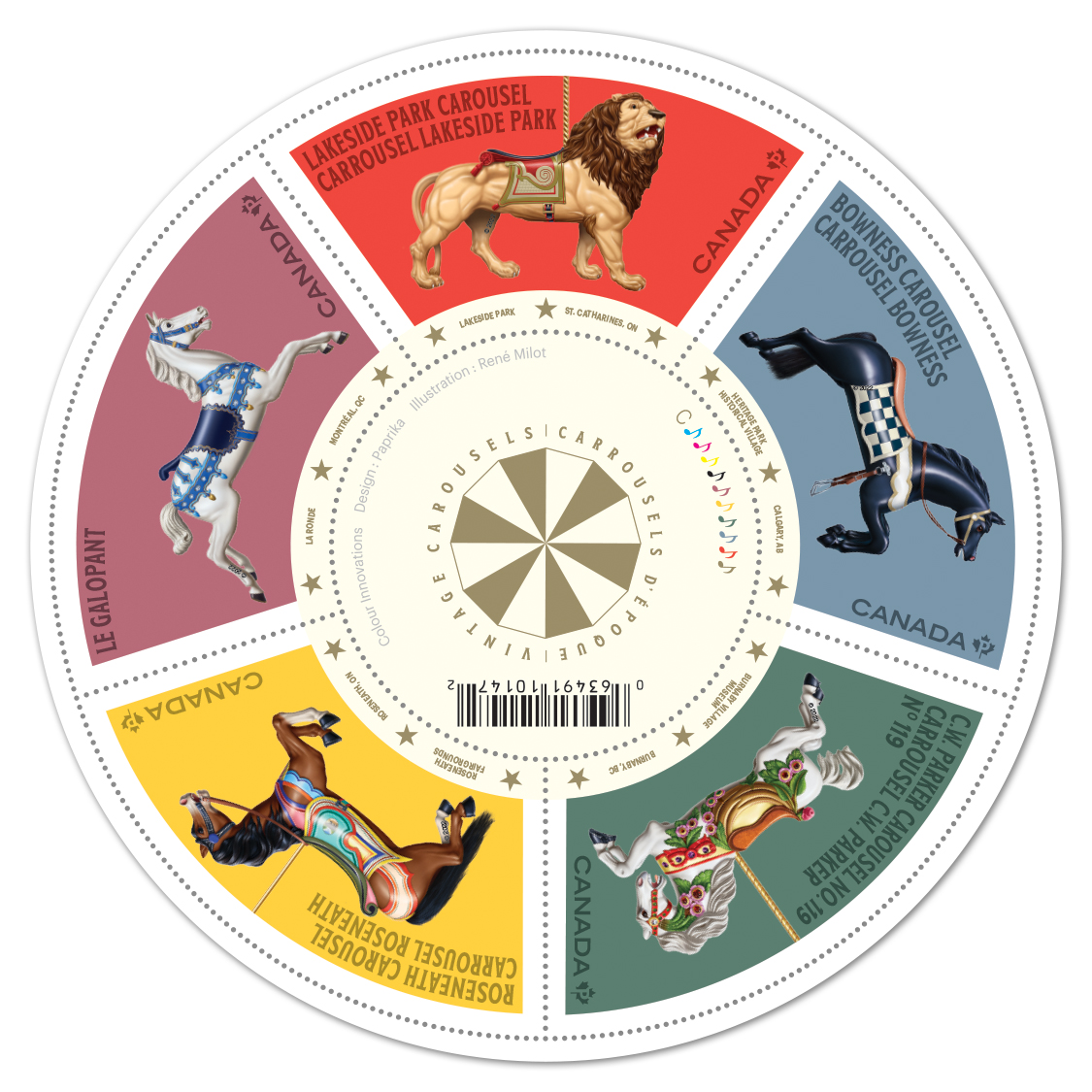 CALGARY – Today, Canada Post released an enchanting set of stamps to celebrate the wonder and playfulness of vintage carousels in Canada.

The vibrant stamps spotlight five historic carousels located across the country. The featured carousels are each known for their elaborately carved and beautifully painted animals. They also showcase the craftsmanship and mechanical ingenuity that were impressive for their era.

Dating back to the 12th century, carousels were originally used as a military training game. By the mid-19th century, they had evolved into the beloved fairground ride that remains a nostalgic staple of amusement parks to this day.

Built by Kremer’s Carousel Works circa 1903, this impressively large carousel boasts 68 animals and four chariots in four rows – and today still costs only a nickel to ride.

Built by Herschell-Spillman Co. in 1904, this is a very rare three-row track machine, where the horses’ rocking motion comes from eccentric drive wheels under the platform.

Built by C.W. Parker in 1906, this was originally a portable carnival carousel. It is the only Canadian carousel to receive the National Carousel Association (U.S.) Historic Carousel Award – in 2010.

Built circa 1885 in Belgium, this was originally a travelling carousel powered by steam. It made its first Canadian appearance at Expo 67.

The stamps are designed by Paprika and feature illustrations by René Milot. Printed by Colour Innovations, each stamp depicts one animal from each of the featured carousels, with the location indicated at the bottom. The stamp issue is cancelled in Calgary, home of the Bowness Carousel at Heritage Park Historical Village. The cancellation is inspired by midway ride tickets. The stamp issue includes a booklet of 10 Permanent™ domestic rate stamps (the booklet is designed in the style of traditional circus, midway advertising posters), a souvenir sheet of five stamps, an Official First Day Cover and a set of five postcards.