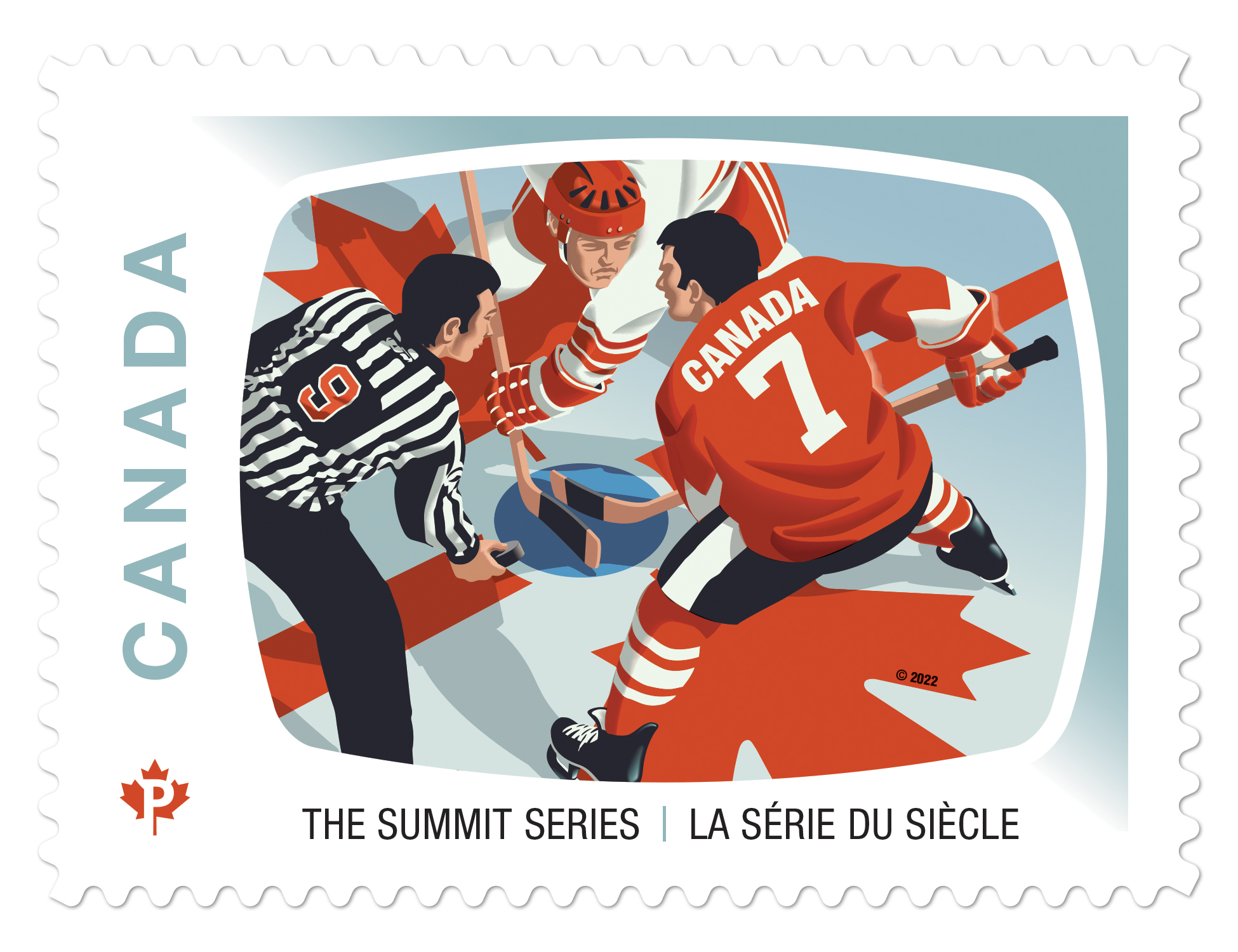 OTTAWA – Canada Post today marked the 50th anniversary of the 1972 Summit Series with a stamp that celebrates the experience that millions of Canadians shared in as they watched an unprecedented clash of hockey titans – and Team Canada’s dying-seconds victory in Game 8 – on television.

The stamp’s design, depicting a faceoff in the frame of a 1970s-style television, recalls Canada glued before its TV screens as our best professional hockey players went up against the Soviet Union’s national team for the first time. For nearly a month, Canadians rode an emotional roller coaster together, from confidence to sobering defeats.

Canada Post has also released a special video in which several prominent Canadians recall their experience and the impact it had on the country. They include:

On September 28, 1972, an estimated 13 to 15 million Canadians (out of 21 million) tuned in for that decisive game. They watched in their living rooms and panelled basement rec rooms. They watched in bars and Royal Canadian Legion Halls. They watched in factories and offices. They lined up shoulder to shoulder in front of televisions on sale in department stores. Schoolchildren watched on boxy TVs on stands wheeled into their gymnasium or classroom. Businesses closed to let employees watch.

With a mere 34 seconds left in the game, Paul Henderson scored the series-winning goal. He later said, “When I saw it go in, I just went bonkers.” So did the country.

The Summit Series stamp was designed by Jim Ryce, and illustrated by Gary Alphonso of Toronto. The illustration is inspired by a faceoff between Team Canada’s Phil Esposito (7) and a Soviet player in Game 3 at the Winnipeg Arena on September 6, 1972. The stamp issue is cancelled in Winnipeg. Printed by Lowe-Martin, the stamp issue includes a booklet of 10 Permanent™ domestic rate stamps and an Official First Day Cover. Stamps and collectibles are available at canadapost.ca and postal outlets across Canada.

For images and more information on these and other products: