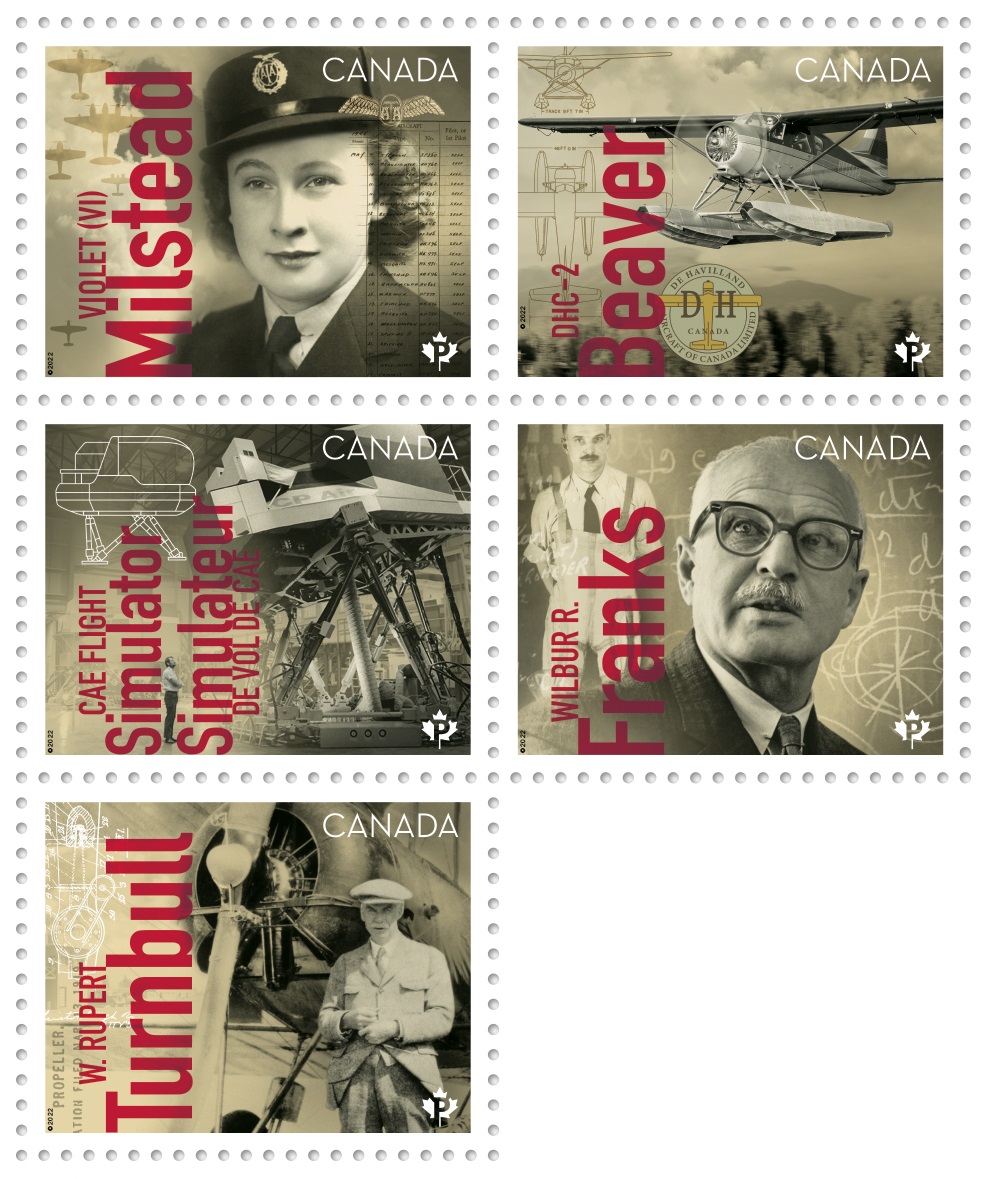 OTTAWA – Canada Post released the second instalment of its Canadians in Flight stamps today, an issue that celebrates the people, planes and technology that have allowed Canada’s reputation for innovation to soar.

Developed with the support of Canada’s Aviation Hall of Fame, the Canada Aviation and Space Museum, as well as the Ottawa chapter of the Canadian Aviation Historical Society, this edition of Canadians in Flight honours these achievements:

These global advances provided the foundation for ongoing improvements in aviation and remain an important part of Canadian history.

The stamp issue, designed by Ivan Novotny of TaylorISprules Corporation and printed by Lowe-Martin, is available in a booklet of 10 PermanentTM domestic rate stamps (two of each design) and a gummed mini-pane of five. A limited number of framed panes and five Official First Day Covers are also available as a set or separately.

The stamps and collectibles are available for pre-sale today at canadapost.ca and at postal outlets across Canada on the day of issue, Monday, October 17. For images and more information on these and other products:

The first five stamps in the series can be found in this 2019 edition of Details.