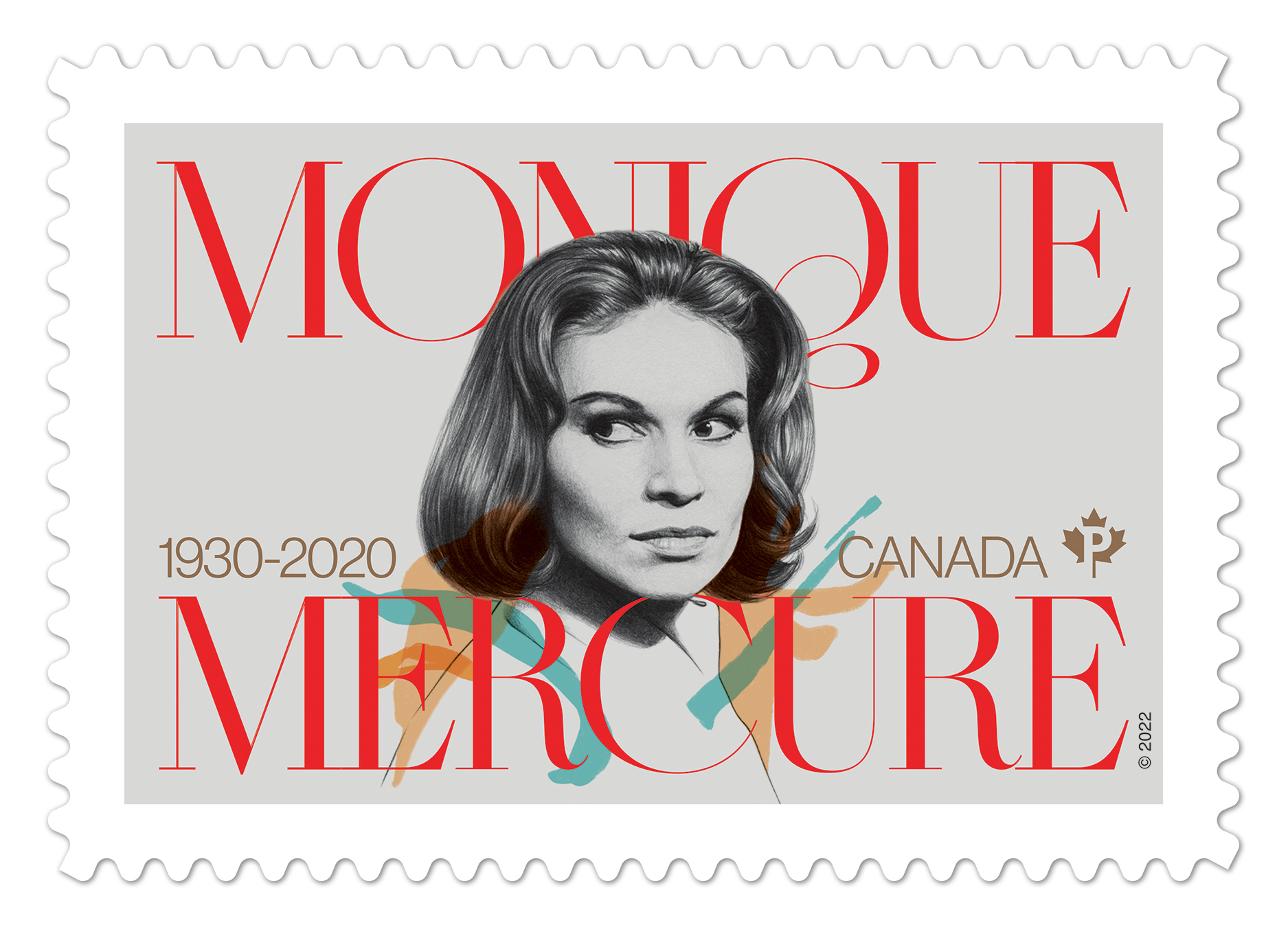 She began her acting career in the early 1960s at the theatre and made her film debut in 1963 in Claude Jutra’s À tout prendre. This kicked off a career that would extend over the next six decades. A household name in Quebec, Mercure performed in more than 100 classical and contemporary plays in North America and Europe and over 80 films and TV productions.

Mercure joins her peers from the performing community that Canada Post has honoured with stamps, including Fay Wray, Mary Pickford and Christopher Plummer.

The stamp features an illustration by Oriana Fenwich based on a photograph of Monique Mercure taken in 1963 by Henri Paul, courtesy of Radio-Canada Archives. The stamp was printed by Colour Innovations and designed by Underline Studio. Cancelled in Montréal, the issue includes a booklet of six Permanent™ domestic rate stamps, a pane of six stamps and an Official First Day Cover.