Albert Jackson, the determined postal worker who was likely the first Black letter carrier in Canada, is once again helping to deliver the mail, thanks to this stamp celebrating his groundbreaking efforts.

Born into slavery in the United States, Jackson was just a boy when his family escaped to Canada. In Toronto, he pursued his education and won a position as a letter carrier in 1882. When he reported for work, he faced discrimination from his colleagues, who refused to train him. Debate over the situation raged for weeks until political pressure, especially from Toronto’s Black community, triumphed and Jackson was able to walk his route.

Designed by Andrew Perro and illustrated by Ron Dollekamp, the stamp showcases Jackson in the uniform he fought so hard to wear. Dollekamp says recreating Jackson’s look was the biggest challenge. I wanted to show him performing his duty with a slight smile and a spring in his step, as if he has stepped out of history to hand you your mail. 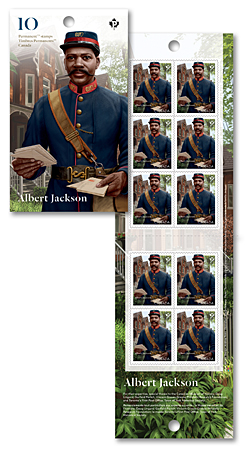 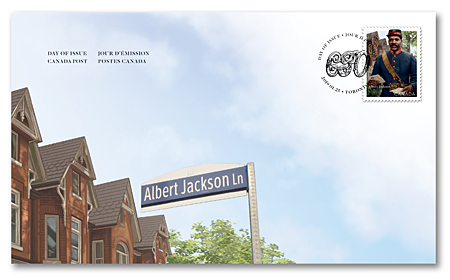