Settlers faced immense challenges forging a new life in the rugged Canadian wilderness. But few were as harsh as those endured by many early Black settlers who fled the United States in the early 19th and early 20th centuries to escape the cruelty of enslavement and racial discrimination.

These stamps – the 13th issue in our Black History Month series – tell the stories of two Black communities nearly one hundred years and thousands of kilometres apart. Both rose from hardship to survive and grow for a time and served as stepping stones for the success of future generations of Black Canadians.

In 1817, a group of Black refugees from the War of 1812 – most of them formerly enslaved – founded the tiny settlement of Willow Grove, New Brunswick. They received licences to live on land that turned out to be of poor farming quality, and when they tried to support themselves temporarily in nearby Saint John, they were met with racist restrictions.

Nearly a century later, Amber Valley, Alberta, was established by 30 Black families who had journeyed from the American South to flee the escalating violence and segregation laws. They faced many of the same challenges as Willow Grove: bone-chilling winters, inhospitable land and the racial discrimination they had hoped to leave behind.

Through perseverance and hard work, both communities overcame many obstacles. They actively challenged racial discrimination and built schools, churches and other community organizations. Amber Valley became a vibrant community whose baseball team was famous throughout the province, while the opening of Willow Grove Baptist Church in 1878 anchored the growing community of Willow Grove.

Although their populations eventually declined as subsequent generations pursued education and employment elsewhere, there is no doubt that these Black settlers and their descendants have enriched Canada’s economic and social fabric.

Designed by Lara Minja of Lime Design Inc. and illustrated by Rick Jacobson, this issue features depictions based on archival photos of community members, maps of the two locations and images of the seafaring ship and covered wagons that carried the settlers to their new homes. 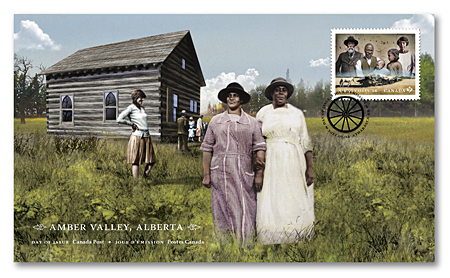 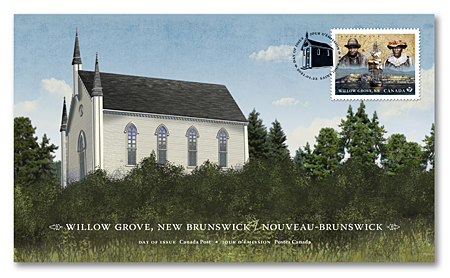