The JUNO Awards, Canada’s premier music awards, began as an annual poll in RPM magazine in the 1960s that evolved into the RPM Gold Leaf Awards, first presented at St. Lawrence Hall in Toronto on February 23, 1970. Just one year later, they became the JUNO Awards – named in tribute to Pierre Juneau, then-chair of the Canadian Radio-television and Telecommunications Commission (CRTC) and an outspoken advocate for Canadian content regulations.

The first televised ceremony of the Awards, hosted by Paul Anka, took place on March 25, 1975, at Toronto’s Queen Elizabeth Theatre. That same year, The Canadian Academy of Recording Arts and Sciences (CARAS) was formed as a non-profit organization to oversee the JUNO Awards, and eventually also the Canadian Music Hall of Fame and MusiCounts, Canada’s music education charity. Over the years, new award categories have been created to reflect Canada’s diverse and changing music scene, and what was initially an industry awards event has become a year-long promotion and celebration of Canadian artists and their music. The 50th edition of the JUNO Awards is to be hosted this year in Toronto, Ontario. 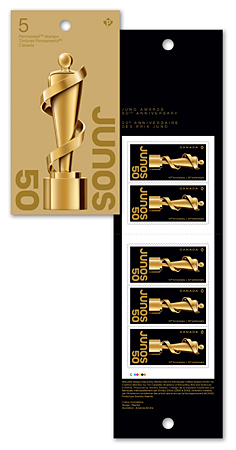