When Apollo 11 blasted off from Kennedy Space Center on July 16, 1969 – on its way to the moon, some 384,000 kilometres away – it carried Canadian ingenuity and innovation to new heights.

Canadian engineers working at NASA, and a company based in Longueuil, Que., were instrumental in the historic Apollo 11 mission that landed humans on another celestial body for the first time.

Canadians played pivotal roles in the design of the main spacecraft and the lunar lander that carried astronauts Neil Armstrong and Buzz Aldrin to the lunar surface, and in determining the flight path for getting to and landing on the moon.

On July 20, 1969, more than half a billion people around the world watched on television as Armstrong took humankind’s first steps on the moon. It was a defining moment of the 20th century and a giant leap for space exploration.

Canada Post has issued two new stamps honouring the 50th anniversary of Apollo 11 and the Canadians who helped make it possible. The stamps were unveiled by Her Excellency the Right Honourable Julie Payette, Governor General of Canada, at a special ceremony in Longueuil at Héroux-Devtek, the company that manufactured the lunar module’s landing gear legs.

The stamps and stamp products celebrate Canadian contributions to the mission: 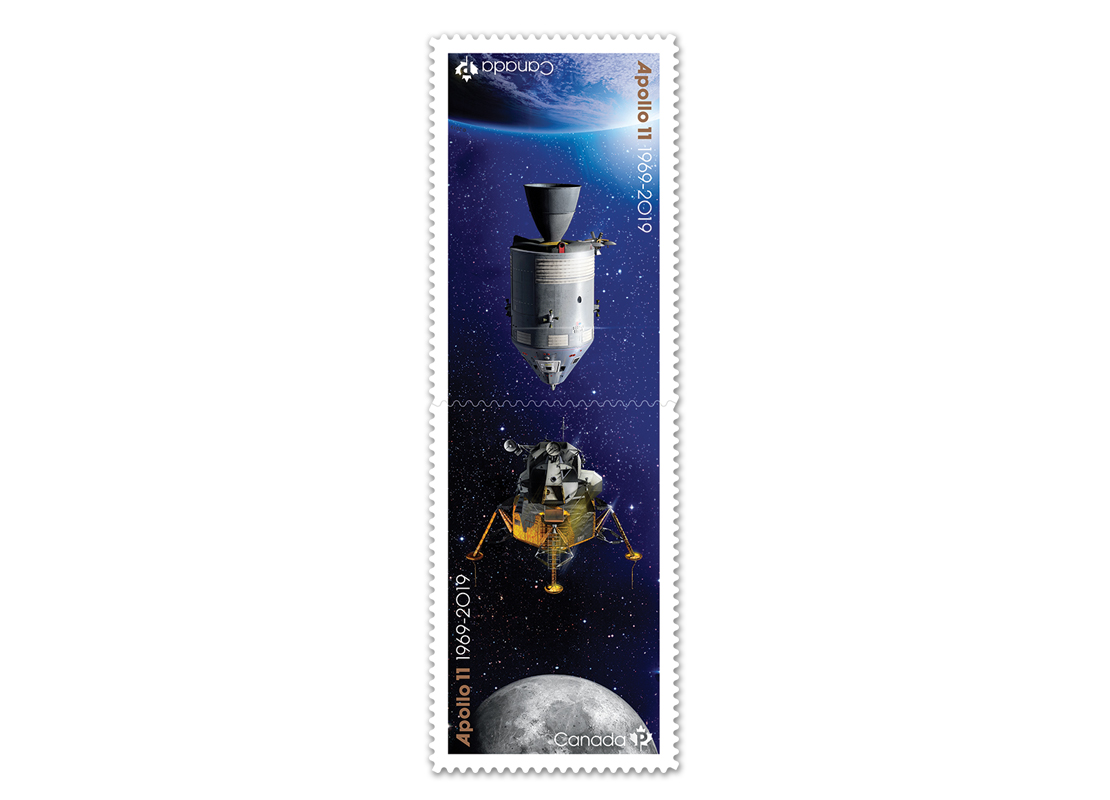 The late James Chamberlin was born in Kamloops, B.C. in 1915. Fascinated with model airplanes during his youth, he earned a bachelor’s degree in mechanical engineering from the University of Toronto and master’s degree from Imperial College of Science and Technology in London.

Chamberlin was a leading figure in aircraft design in Canada before moving to the U.S. in 1959 to work for NASA.

He became head of engineering for Project Mercury, the first human spaceflight program for the United States, and project manager and chief designer for the Gemini spacecraft that preceded Apollo.

He helped determine the type of spacecraft that would transport the Apollo 11 astronauts and was one of the first at NASA to recognize that flying directly to the moon wasn’t the best option.

“I think that my father’s goal in life was to make the world a better place for his having been there, and I think he did that,” says Arthur Chamberlin, who participated in the stamp unveiling event.

The late Owen Maynard was born in Sarnia, Ont. in 1924. A pilot for the Royal Canadian Air Force during the Second World War, he later earned an aeronautical engineering degree from the University of Toronto.

Maynard was one of Canada’s top aircraft engineers before NASA hired him in 1959. He went on to head the Systems Engineering Division for the Apollo spacecraft program – effectively making him the chief engineer.

He sketched early designs of the Apollo command module and is credited as the person at NASA most responsible for the design of the lunar lander. He also served as Chief of the Mission Operations Division and was responsible for planning the sequence of missions that led to Apollo 11.

Like Chamberlin, Maynard also played an important role in determining the safest way to reach and land on the moon.

“He was a gentleman… and he was one hell of an engineer,” says his son Ross Maynard, who also attended the stamp unveiling. 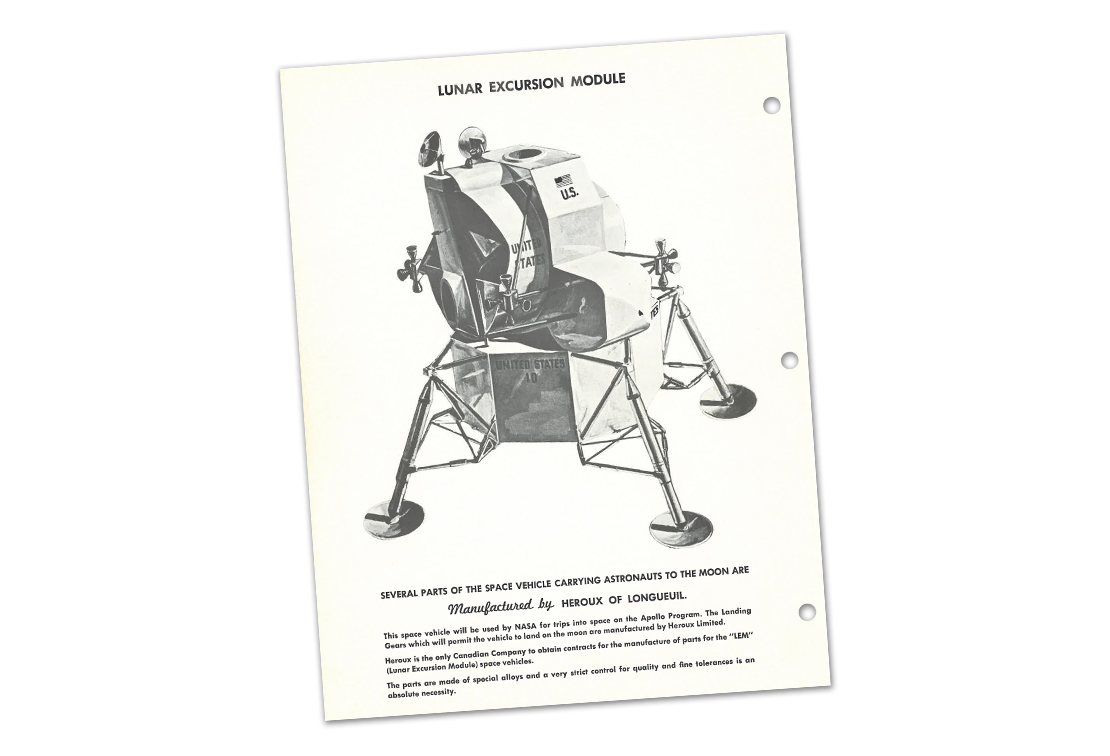 The first legs to stand on the moon didn’t belong to Neil Armstrong – they were from Héroux Machine Parts Limited of Longueuil, Que.

Now known as Héroux-Devtek, the company manufactured the spider-like landing gear legs on the lunar module to NASA’s specifications.

The legs were also part of the launch platform that let Armstrong and Aldrin lift off from the moon and reconnect with the main command module, where astronaut Michael Collins – the third member of the Apollo 11 team – was waiting for them.

The legs remain on the moon at the Apollo 11 landing site, in an area known as the Sea of Tranquility.

“It’s something that we’re very proud of. It represented then technological difficulties that we overcome with our employees,” says Eric Therrien, an engineer and program manager at Héroux-Devtek. “All the tooling, all the manufacturing processes were designed from scratch basically, from ground zero.”

Celebrating our communities and country