Prolific, award-winning author one of Canada’s most successful literary figures 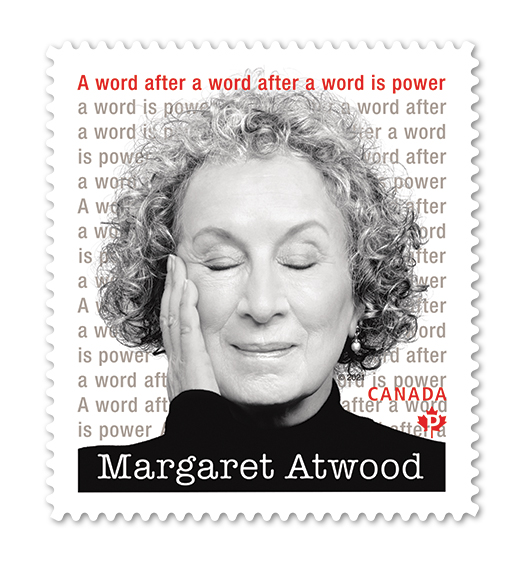 With more than 50 works to her credit – including novels, short fiction, poetry, criticism, graphic novels and children’s stories – Atwood is among the most successful and admired writers Canada has ever known.

Born in Ottawa in 1939, the best-selling writer burst onto the literary scene in the early 1960s with two award-winning collections of poetry, Double Persephone and The Circle Game. In 1969, she established herself as a serious writer of fiction with her first novel, The Edible Woman.

Sometimes referred to as “the queen of CanLit,” Atwood has sold millions of books, which have been translated into more than 30 languages. Several of her works have been adapted into films and critically acclaimed television series, including the Emmy Award-winning series The Handmaid’s Tale.

Atwood’s success is also reflected in the international acclaim and numerous awards and honours she has received, among them the Giller Prize, two Booker Prizes, two Governor General’s Literary Awards, a Guggenheim Fellowship, the Franz Kafka International Literary Prize and the PEN Pinter Prize. She is a Fellow of the Royal Society of Canada, a Chevalier of France’s Ordre des Arts et des Lettres, an International Honorary Member of the American Academy of Arts and Sciences and, in 1981, she was named a Companion of the Order of Canada.

The stamp, designed by Steven Slipp and printed by Lowe-Martin, features a photograph by renowned photographer Ruven Afanador, with the lines “A word after a word after a word is power” from her poem “Spelling.” The front of the Official First Day Cover showcases a sketch by the author entitled Neither fish nor flesh (1975). The cancel – a raven silhouette symbolizing Atwood’s interest in birds – is postmarked in Toronto, which was chosen due to the author’s deep connections to the city’s publishing community.

The stamp and collectibles are available at canadapost.ca and postal outlets across Canada.

Images and more information on the stamp and other products can be found here: