Canada's longest-reigning monarch has appeared on more than 70 stamps 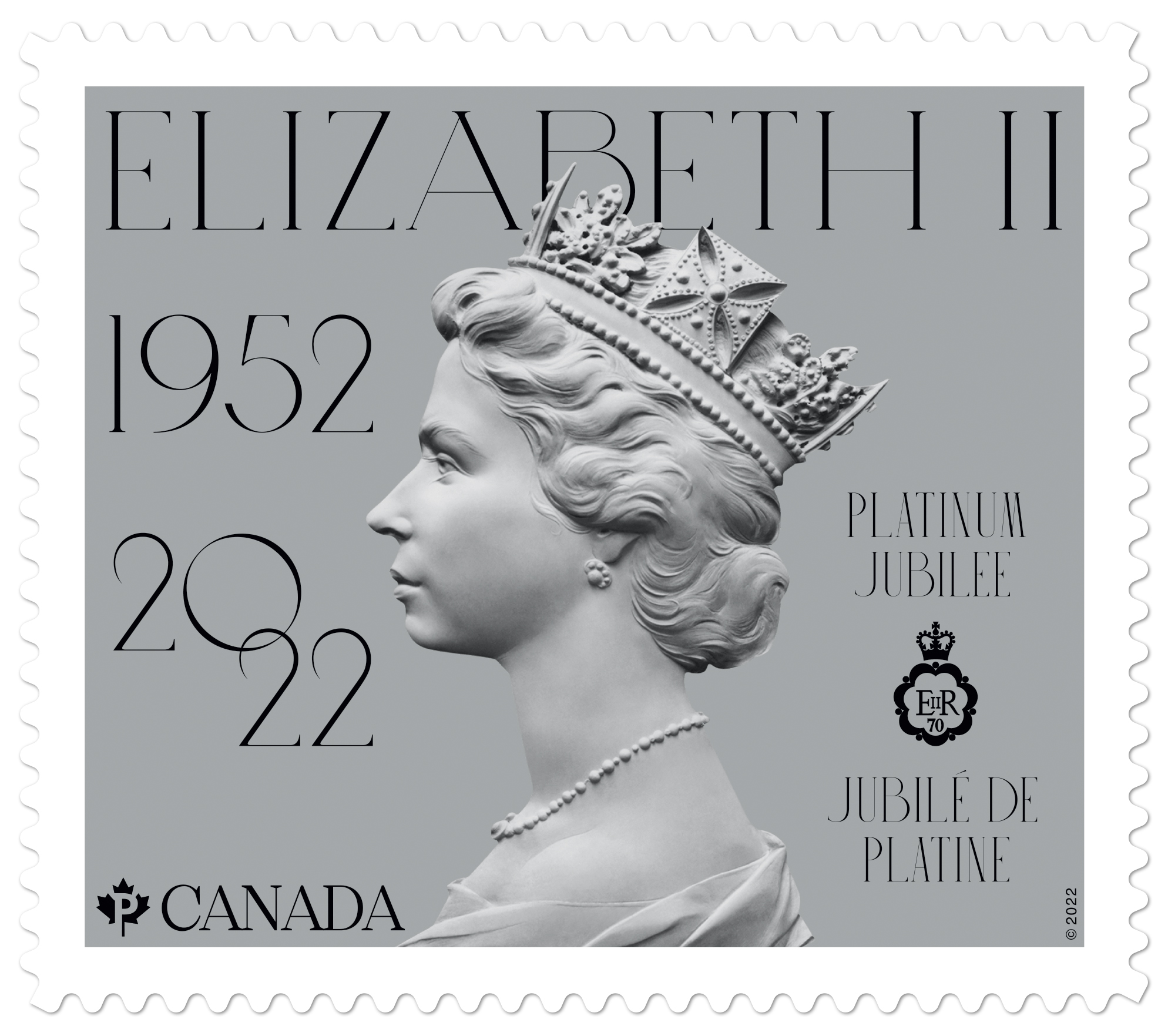 OTTAWA – Today, Canada Post unveiled a stamp to commemorate the platinum jubilee of Her Majesty Queen Elizabeth II. The new issue celebrates 70 years since The Queen ascended the throne on February 6, 1952.

Since 1935, when then-Princess Elizabeth adorned a stamp for the silver jubilee of her grandfather, King George V, Canada Post has featured Queen Elizabeth II on more than 70 Canadian stamps. Over the years, the stamps have been issued for visits of the Royal Family to Canada, historical events and special anniversaries, including The Queen's silver, golden and diamond jubilees.

This latest stamp honours an extraordinary milestone as Queen Elizabeth II is the only Canadian sovereign to reign for 70 years.

On this occasion, Canada Post is releasing its first stamp to feature the Royal Mail's profile of The Queen, sculpted by Arnold Machin. First appearing on a definitive stamp issued in 1967, the classic “Machin” profile has been used by the Royal Mail ever since.

“Our iconic national stamp program has a long-standing tradition of commemorating The Queen's reign and her connection to Canada. We are proud to continue that tradition by celebrating this historic 70-year anniversary with a new stamp, and the first of our stamps to feature the Royal Mail's classic 'Machin' profile,” says Doug Ettinger, President and CEO of Canada Post.

The Platinum Jubilee stamp was designed by Paprika and printed by Colour Innovations. The issue includes a booklet of 10 self-adhesive stamps; a pane of 16 stamps, printed on water-activated gummed (WAG) paper; four collectible corner blocks, and an Official First Day Cover, cancelled in Ottawa, Ont. The cancel is the commemorative emblem created for the platinum jubilee by the Canadian Heraldic Authority.

The Platinum Jubilee stamp and collectibles will be available on canadapost.ca and at post offices starting February 7. For images and more information on these and other products: