The power of female small business owners and leaders

The numbers are in and it’s glaringly obvious that we need more female entrepreneurs. Women make great leaders, are natural innovators, and help companies grow and thrive – whether they are at the helm or in a leadership position.

The Canadian government has finally recognized the need for more female business owners and leaders, too. That’s why it has committed to invest serious money into improving gender parity in the workforce, start-up, and corporate worlds.

In 2018, the government has promised to invest $105 million in regional development agencies that support investments in women-led businesses, and has committed to invest $1.4 billion over the next three years in new financing for women entrepreneurs through the Business Development Bank of Canada.

Why women leaders and entrepreneurs are vital

Here are just a few key reasons why women are so vital in leadership roles, and in an entrepreneurial context:

Women have an innovative mindset

Change is essential in just about every industry. Technical innovation and innovative thinking fuels change in everything from design to business strategy – that’s why it’s very important to observe that female-owned businesses are more likely to innovate than their male counterparts.

For any business to thrive, employee satisfaction cannot be overlooked or under-valued. It can greatly impact a business’ bottom line.

New employee recruitment and training is expensive for any business. You might be surprised to learn that it can cost a company between $20,000 and $30,000 to recruit and train a single new employee who will earn around $40,000 per year. Employee satisfaction and retention is key, and the key to staff retention might just be female leaders. 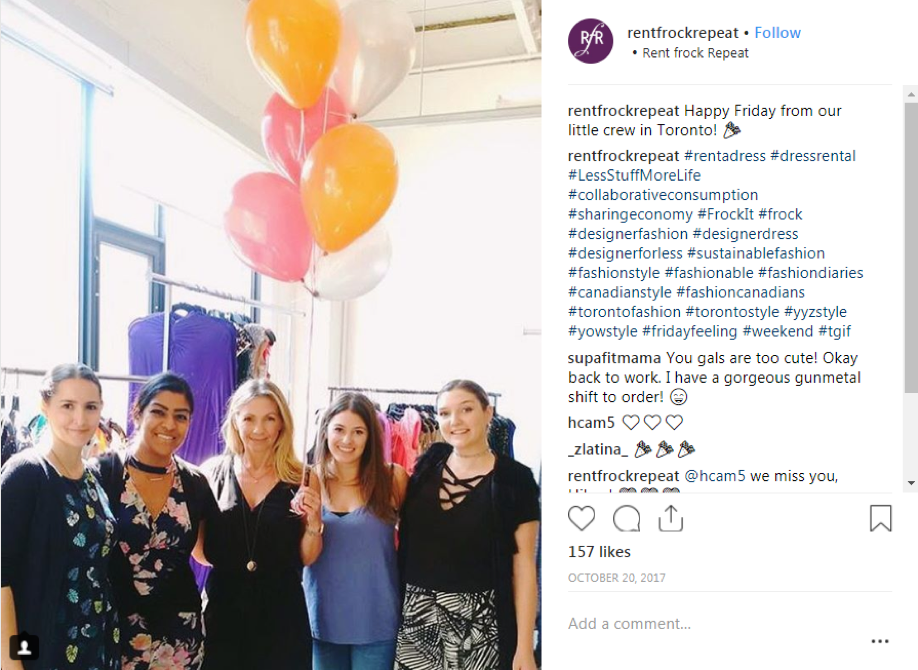 When women own businesses, the business’ rate of growth is greater and growth is generally more probable.

While it is unclear why this dramatic contrast in growth exists, it may be partially attributed to the fact that female-run business are more focused on growth. A BizWomen survey of 1,366 business owners revealed that 32% of female-owned businesses are in active expansion mode. Only 27% of male-owned businesses are in active expansion mode by contrast.

More women also seem to be driven to start additional business ventures. A Centre for Entrepreneurs study of over 400 entrepreneurs and executives exposed that nearly half of the women they surveyed intend to start another business within the next three years, compared to just 18% of men.

Return on investment (ROI) is critical for any business, and it seems that startup companies that have at least one female founder outperform companies without any female founders from an ROI perspective.

Seed-stage venture firm First Round analyzed 10 years worth of its investing data. This analysis examined 300 companies and close to 600 founders and cofounders. Their goal was to evaluate the characteristics of successful owners.

This was not a small disparity, either – the numbers were staggeringly different. The companies with a female founder performed 63% better than companies where the founders were all male.

Having at least one woman in power is good, but it seems that having more women in power is better. A study conducted by Dow Jones VentureSource tracked over 20,000 venture capital (VC)-backed companies in the U.S. These businesses received funding from 1997-2011. The objective of the study was to analyze the impact of female executives and founders in successful startups.

In the study, a company was deemed successful if it is was currently profitable or was acquired for a higher valuation than its total venture investment. Companies that exited through an IPO, or were in IPO registration at the time of publication of the report, were also considered to be very successful.

The study revealed that firms with 3 or 4 women executives had higher success rates compared to companies with only 1 or 2. It also showed that startups with 5 or more female leaders had the highest success rate – 61%.

Another key indicator of business success is longevity. A flash-in-the-pan business can, of course, be a success – but mainly for the business’ investors and founders who exit. A slow-and-steady-burn business is ideal for the economy because it will likely create more jobs and bring more money into the country over time via taxes, the use of local facilities for operation, the ongoing purchase of production supplies and resources, and product sales.

Sarah Fink, head of research at the Centre of Entrepreneurs in the U.S., says that if policymakers want to see more businesses thrive and endure, they should encourage female entrepreneurship.

Fink also notes that female-run businesses tend to use their profits in a more productive way. “They often prefer to re-invest business profits over equity investment to scale sustainably.”

Women have a different perspective on growth

Most male and female entrepreneurs say they are interested in growing their businesses over the next five years (82% and 83% respectively), however, men and women seem to have different views about the type of growth they should aim for.

New research by the Harvard Business Review revealed that women are more effective leaders than men in all positions of authority in a corporate setting. In fact, women seem to consistently outperform men in high level management positions. The gap does narrow, however, “with every step down the corporate ladder.”

The gender pay gap is very real and very troubling. More women in leadership may be the solution to this problem that never seems to go away on its own. A new study by Payscale and Redfin found that tech companies with more women in leadership paid their female staffers more equitably than businesses led by men.

Better pay for all employees

Higher education seems to be more common in female entrepreneurs. More female business owners of SMEs (18%) had at least a master’s degree. Only 12% of male business owners had that level of education, and only 10% of equal ownership owners did. Who would you rather learn from?

Entrepreneurship naturally involves a greater degree of risk than stable employment. It seems that women may be more inclined to take the necessary risks required to be successful entrepreneurs than men. Recent research, funded by Barclay’s Bank, revealed that 87% of female entrepreneurs consider themselves to be financial risk takers, while only 73% of men do. It also revealed that 80% of women say that they are able to see opportunities where others see risk, while only 67% of men do.

Women may also be more calculated risk takers than men. As the song goes, ‘you need to know when to hold ‘em, know when to fold ‘em, know when to walk away, know when to run.’ While these female entrepreneurs actively embrace risk, they also factor in the potentially damaging implications of the risks they might take in business, making more careful and calculated leaps of faith, and avoiding situations that they deem too risky. The research revealed that four times as many women as men feel that now is a dangerous time to take on risk.

Women seem to have a different perspective on business success than men. Just 42% of the women entrepreneurs in the study funded by Barclay’s Bank said that their business was currently prospering, while 62% of male leaders said their business was successful. This is an important distinction because the female entrepreneurs were performing either equally well or better than their male counterparts. Naturally if you feel your business has yet to peak in terms of its success, you foresee greater room for growth that you will work towards.

Women are more independently driven and entrepreneurial by nature

Among the entrepreneurs already running their own businesses, 47% of women are keen to start another business within the next three years. That’s a lot compared to the mere 18% of men who said the same. 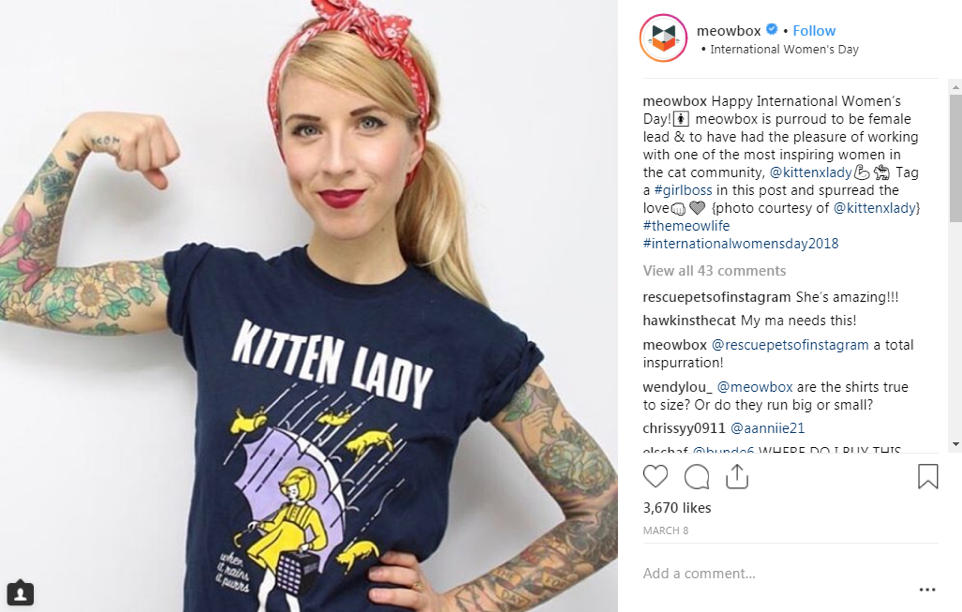 A sure sign of a strong economy is low rates of unemployment. That’s why governments invest so much in industries that can create new jobs.

Canada needs to offer more support for women in business

The bottom line is that we need more women entrepreneurs and women in corporate leadership. After reading this post, this may seem obvious, but the road to making this happen in Canada is long.

Although 47% of Canada’s business owners are already women, they currently receive a mere 4% of Canada’s venture capital funding. Thankfully, investors and government officials are starting to wake up and recognize women’s potential and capacity in business, and even herald their successes and achievements. They are finally starting to reward the important role women play in Canada’s economy.

Being a female entrepreneur in Canada has been a bit of an uphill battle. Up until now, most women have had to work much harder than their male peers to make a success of their business. Almost one in five women said that they lacked the technical knowledge required to run their business, compared to only one in 20 men. A quarter of women said they don’t currently have the networks necessary to build their businesses, while fewer than one in 10 men say this is a problem. But these problems have not stopped women from succeeding as leaders in business, or as entrepreneurs. The hard work and success of these trailblazers has inspired the government to finally implement measures that will make starting and running a company more accessible and straightforward for Canadian women.

If you’re a Canadian woman with entrepreneurial spirit, there’s never been a better time to start a business in Canada.

We can help you save money and get up and running with our Solutions for Small BusinessTM program.