8 marketing insights from Think INSIDE the Box 2016

Hundreds of Canada’s marketing and ad industry experts gathered for a day of learning and networking at this year’s Think INSIDE the Box (TITB 2016). The event highlighted how creative inspiration, bang-on targeting, and new technology connect for marketing magic.

One thing all speakers agreed on? Today’s best marketing campaigns hit big on multiple channels, not just one or two. Here are some of our favourite learnings from TITB 2016: 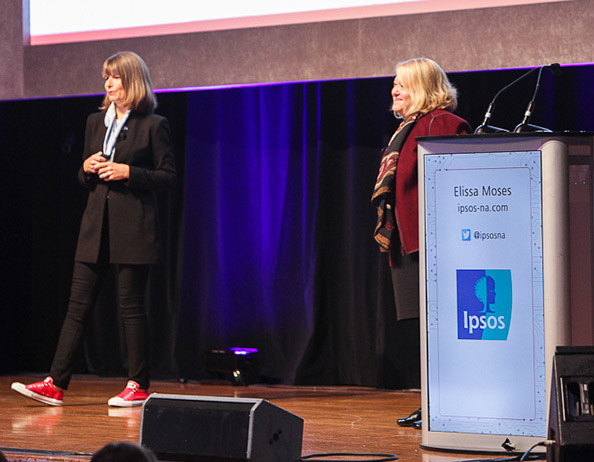 Jennifer Campbell, GM of Influencer Marketing at Canada Post, and Elissa Moses, CEO of Ipsos Neuro & Behavioral Science Center, launched the day by presenting brand new neuroscience research that measures the brain’s excitement, emotional response, and recall by types of marketing, and the sequence it’s presented in. Among the findings? If direct mail and digital messaging are combined, the average person spends 39% more time interacting with a brand and marketing message.

2. People are more inclined to welcome your message when it comes with a good story

Jamie Clarke, a Canadian filmmaker, author, and motivational speaker – who has climbed the tallest peaks on every continent – advised marketers to find and shape the stories that make sense for their brand. They need to be good to be truly effective. “Mountains taught me that we are all average. I’m an average climber, and an average businessman,” said Clarke, describing his own brand’s story, “but together, that makes me unique.” 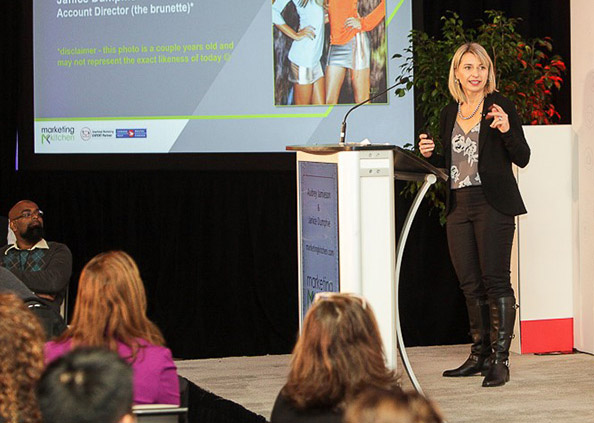 Audrey Jamieson, President of Marketing Kitchen, has found success by creating smarter, more compelling direct mail. Wondering what tops the agency’s winning 10-point strategy? WHO your message goes to is the most important part of any marketing campaign. Get this wrong and, “It’s like sending a nude selfie to the wrong person. It’s inappropriate, and you won’t get the results you hope for!”

4. New tech is making the play between physical and digital marketing almost seamless

Your direct mail piece can now talk directly to customers’ smartphones! Mark Heise, Applications Engineer at Arjowiggins Creative Papers, shared some of his favourite near-field communication (NFC) campaigns. Print-ready paper with embedded NFC circuits is making way for a seamlessly integrated message between the physical and digital world. An innovative example is musician Beatie Wolfe’s latest album, Montagu Square, which was released as a deck of NFC cards, each printed with a different image and embedded with a chip that allows listeners to tap a card against their phone to play the music.

5. Many channels, but only one conversation

“People see an average of 3,000 messages daily, but only remember four positively,” explained Ryan Harper, National Marketing Manager of Xerox Canada, as he stressed the importance of both collecting and using data along the different touch points of each buyer’s journey. Today, the buying decision is no longer linear – marketing needs to be present at all stops of the customer journey to stop “show-rooming” activity and keep the sale.

6. You can change an unfair law in just two weeks when physical and digital connect seamlessly

The pain of losing their homes wasn’t the final blow for 500,000 Spanish families who couldn’t make mortgage payments. The law left them on the hook for the outstanding debt, even when they no longer owned the home. Enter Proximity Spain. They created a rubber stamp in the image of an evicted family and the hashtag #NoMoreEvictions. The image fit perfectly under a bridge arch on the 10 Euro note.

In less than two weeks, as the rubber-stamped bills circulated, the campaign reached 80 million. People who received the bills went online to Tweet and share socially, prompting the Spanish President to announce “The Second Chance Laws.” 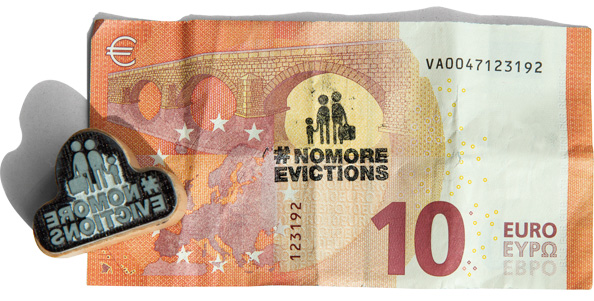 7. Great creative direct mail doesn’t have to cost a lot to get killer results

Another “on the money” campaign increased BZM’s mortgage lending by $600 million for the cost of a truck rental, the labour involved in stuffing a plastic bag, and extra postage. Homeowners with higher mortgage rates received a direct mail piece that included $1,000 in shredded banknotes. It drove home the message of wasting cash through higher mortgage interest rates, and suggested an alternate, lower-interest mortgage product. At the same time, a video campaign interviewing people who received the shredded cash created online buzz, and resulted in social sharing, and traditional media attention. In addition to its stellar direct ROI, the campaign unexpectedly produced an 11% increase in New Zealanders’ positive feelings toward the bank.

The deadly 2010 earthquake in Haiti spurred Canadians to sponsor more children in the stricken country. James Carroll, Director of Supporter Experience of World Vision Canada, described the charity’s welcome package. “We had inventoried information describing what communities were like and what the challenges were. Then this devastating earthquake happened and, weeks later, we still had the same information going out to people who wanted to sponsor children in Haiti. Sponsors knew things had changed, but World Vision wasn’t connecting the dots.”

Today, donors’ personalized packages include a re-designed digital portal where they can share messages and photos with their sponsored children. As a result, donor engagement and satisfaction are at their highest levels in decades. 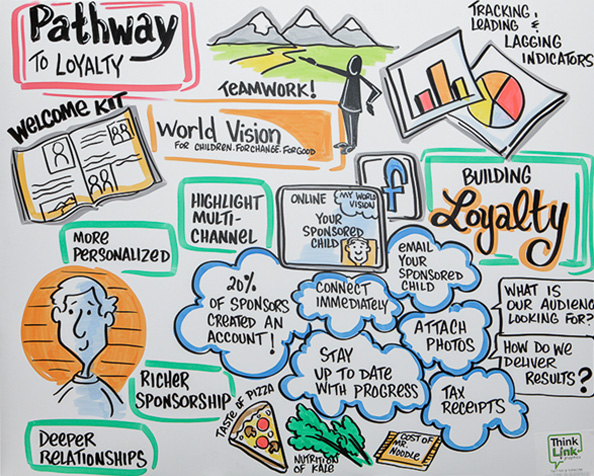 Be inspired by the world’s best marketing campaigns. Subscribe to INCITE magazine – free.

Read the science that proves why direct mail works. Get the report A bias for action.